Germany by night with a low-flying Airbus A 320 and a heavy-haulage Actros SLT tractor unit from Mercedes-Benz – this spectacular heavy-haulage operation took place throughout Germany and drew in the crowds wherever it passed. No surprise really when you take a look at the vital statistics involved: 60 m long, 90 t in weight and 5 m wide. The Actros SLT with around 630 hp was tasked with bringing the Airbus A 320 to southern Germany. The sensational transport task of the fuselage took around 11 days. Stuttgart-based heavy-haulage firm PAULE loaded the Airbus onto their Actros SLT in Tallinn (Estonia) after it was damaged during a heavy landing.

A truck ferry took the freight across the Baltic Sea to Lübeck’s docks. From there the Actros SLT heavy-haulage team took three nights to cross Hamburg, Magdeburg, Nuremberg and Stuttgart before heading for the northern part of the Black Forest. Twice along the route, the Airbus heavy-haulage convoy had to leave the motorway to avoid low bridges. Plus, after the Actros SLT left the motorway and was driving along a side road at one point, the driver even had to drive the long combination backwards so as to be able to re-enter the motorway in the opposite direction. What’s more, a second Actros SLT was also brought in in readiness for the freight arriving at its final destination. On a tight and steep forest road, the SLT duo brought the Airbus to its new home on the training grounds of the KSK Special Forces Command in Calw. There, the Airbus will soon be put to use as part of realistic training scenarios for the protection of airline passengers.

Heavy-haulage firm PAULE opted for the Mercedes-Benz Actros SLT as its tractor unit of choice because such extreme transport tasks dictate 100% reliability. 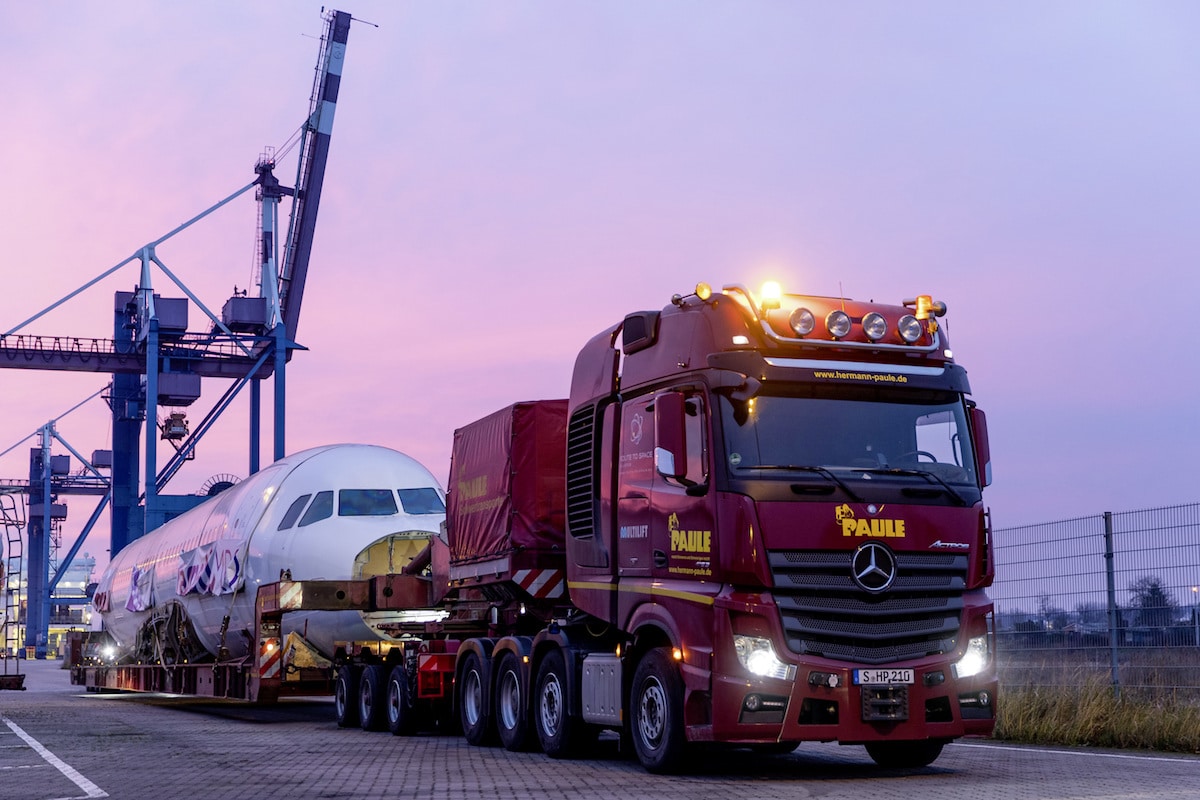 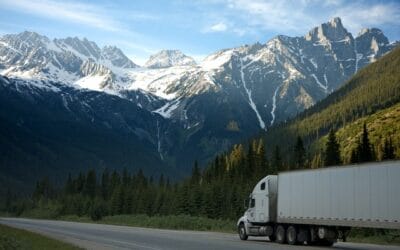 The USA trucking industry is short 80,000 drivers, a record high, Chris Spear, President and CEO of the American Trucking Association, tells CNN. That's a 30% increase from before the pandemic, when the industry already faced a labor shortage of 61,500 drivers.... 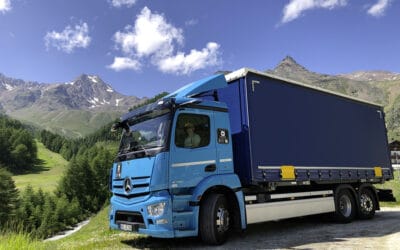 Two near-series battery powered eActros trucks have crossed the Alps as part of a series of tests in Italy’s South Tyrol region. During the tests, the electric trucks tackled a total of 54,000 metres of altitude. The highest point of the trip was reached during...

On 18 August 1896 Gottlieb Daimler presented the very first motorised truck in the world. It was sold by Daimler to British Motor Syndicate, an automobile company in London. Exactly 125 years later a semitrailer arrives in London from Stuttgart: the current model of...

Renault Trucks has once again been awarded a Gold rating by the independent Ecovadis body for its commitment to Corporate Social Responsibility (CSR). The French manufacturer is one of the 5% of top-performing companies. For the third year running, Renault Trucks has...

« Older Entries
Next Entries »
Manage Cookie Consent
This website uses cookies, including third-party cookies, to guarantee you the best experience on our website, analyse traffic to this website and provide you with social media features. You can change your preferences at any time by accessing the cookie settings. By clicking the X to close the banner, only technical cookies will be kept
Manage options Manage third parties Manage vendors Read more about these purposes
View preferences
{title} {title} {title}