A truck colored by Banksy remained unsold at the auction

The Bonhams auction house put up for auction, on Saturday 14 September, a Volvo FL6 completed covered in graffiti by the unknown artist Bansky, an icon of contemporary art. The truck, whose sale was expected to reach around 1.5 million pounds, remained unsold. Although the authenticity of the work was authenticated, it seems that only a few offers arrived after the auction closed. Too cumbersome, perhaps, to put in the house.

Banksy is a British street and graffiti artist. He likes to remain anonymous and not let people know his true identity. He often draws in high visibility public places such as on buildings or train stations. His paintings are often about politics, war and other important topics. His satirical street art and mind-hurting pictures combine dark humour with graffiti. The graffiti is done with a stencilling technique. Such works have been done on streets, walls, and bridges of cities throughout the world.[1] 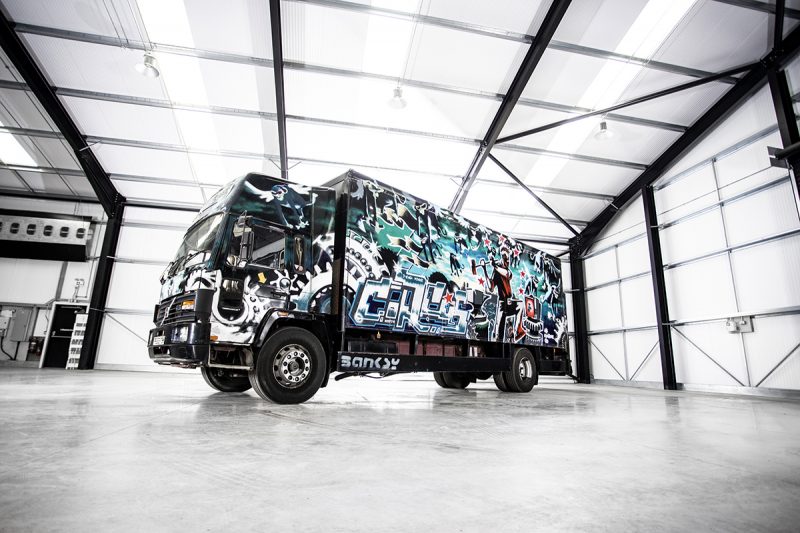