Proof of usability in mountainous areas

However, some transport operators in mountainous areas appear to have their doubts about the use of electric vehicles. Official DAF dealer from Austria Tschann, decided that it was about time to put an end to this scepticism, with some assistance from DAF Trucks. “Where else but on the most challenging, yet beautiful mountain road in Europe could you prove the quality and usability of the CF Electric?”, stated Tschann director Enrico Simma.

The CF Electric with a GCW of 26-tonne drove from Salzburg to the foot of the Grossglockner High Alpine Road on motorways and provincial roads. From there, a course was set to the Kaiser-Franz-Josefs-Höhe, the finishing line of the winding, spectacular mountain pass. Simma continued: “As breath-taking as the view is along the way, the 48-kilometre route with 36 sharp hairpin bends and its steep slopes of 12% remains a challenge. It’s the ultimate test for any vehicle — and the CF Electric passed with flying colours! This is the proof that the CF Electric can be used on any route as long as there is a good charging infrastructure!” 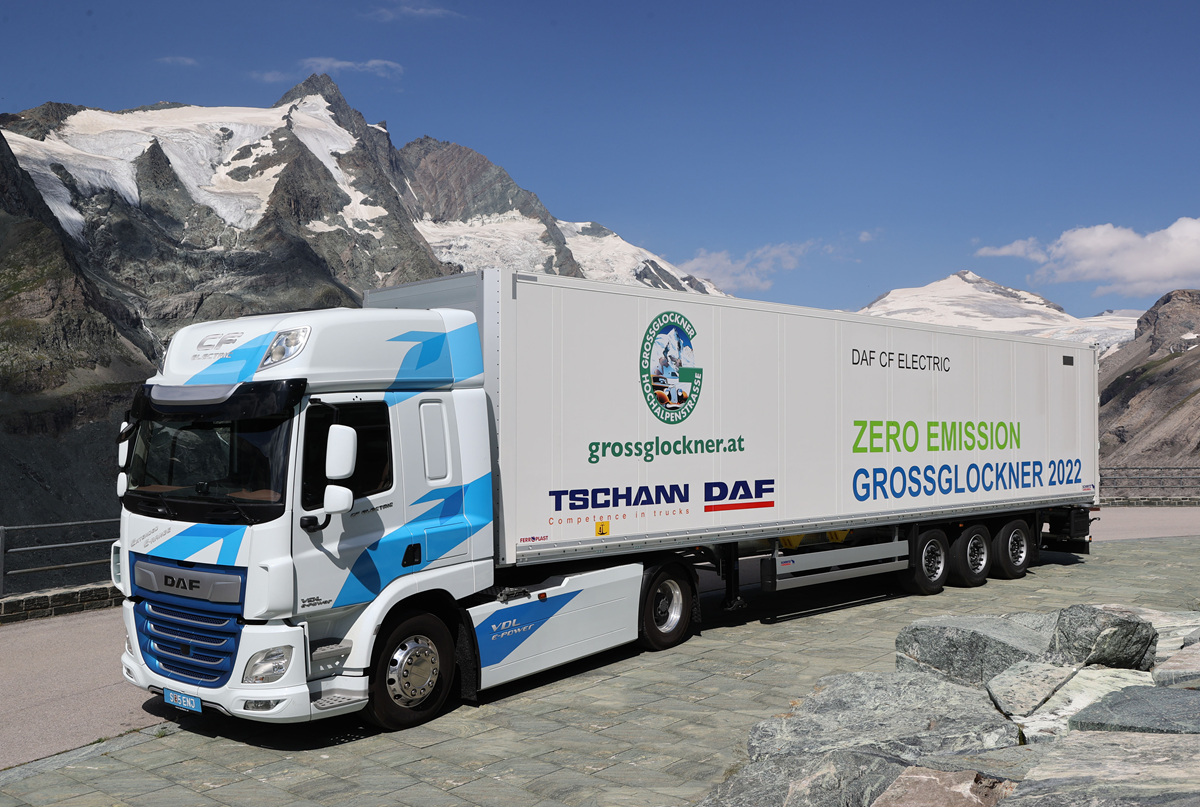