The MAN Lion’s City 12 E made an impressive appearance at the “Bus Euro Test” in Limerick, Ireland – and did so from the very first minute. After all, the all-electric city bus had completed the roughly 2,500-kilometer journey from Germany to Ireland on its own wheels. “It was a special experience for us as well as for the jury when we pulled up in Limerick with our MAN Lion’s City 12 E after ten days of driving,” said Rudi Kuchta, Head of Business Unit Bus at MAN Truck & Bus. But the all-electric city bus also impressed the jury during the “Bus Euro Test”. In May, the expert jury had welcomed five bus manufacturers from all over Europe to Ireland for the international bus comparison test.

After an intensive week of testing with numerous driver experiences and long technical discussions, the verdict was clearly in favor of the MAN Lion’s City 12 E as the new “Bus of the Year 2023”. The 23 European trade journalists were particularly impressed by the overall concept of the city bus, which scores points for its range, reliability, comfort and, above all, sustainability.

“The new MAN Lion’s City 12 E has a ground-breaking design, high grade of comfort and a very quiet area inside. The drivers cabin is one of the best on the marked and with high grade of safety. MAN has focused on electric mobility from the first drawing and to a real product. In that way everything fits together and is not a ‘diesel bus converted to electric’. The International Bus & Coach of the Year Jury had a positive feeling from the first test drive and up to the decision that MAN Lion’s City 12 E is the Bus of the Year 2023”, said jury president Tom Terjesen.

The award was presented by Tom Terjesen to Rudi Kuchta as part of the “Stars of the Year” event hosted by the German Association of the Automotive Industry (VDA) to mark the opening of IAA Transportation 2022 in Hanover. 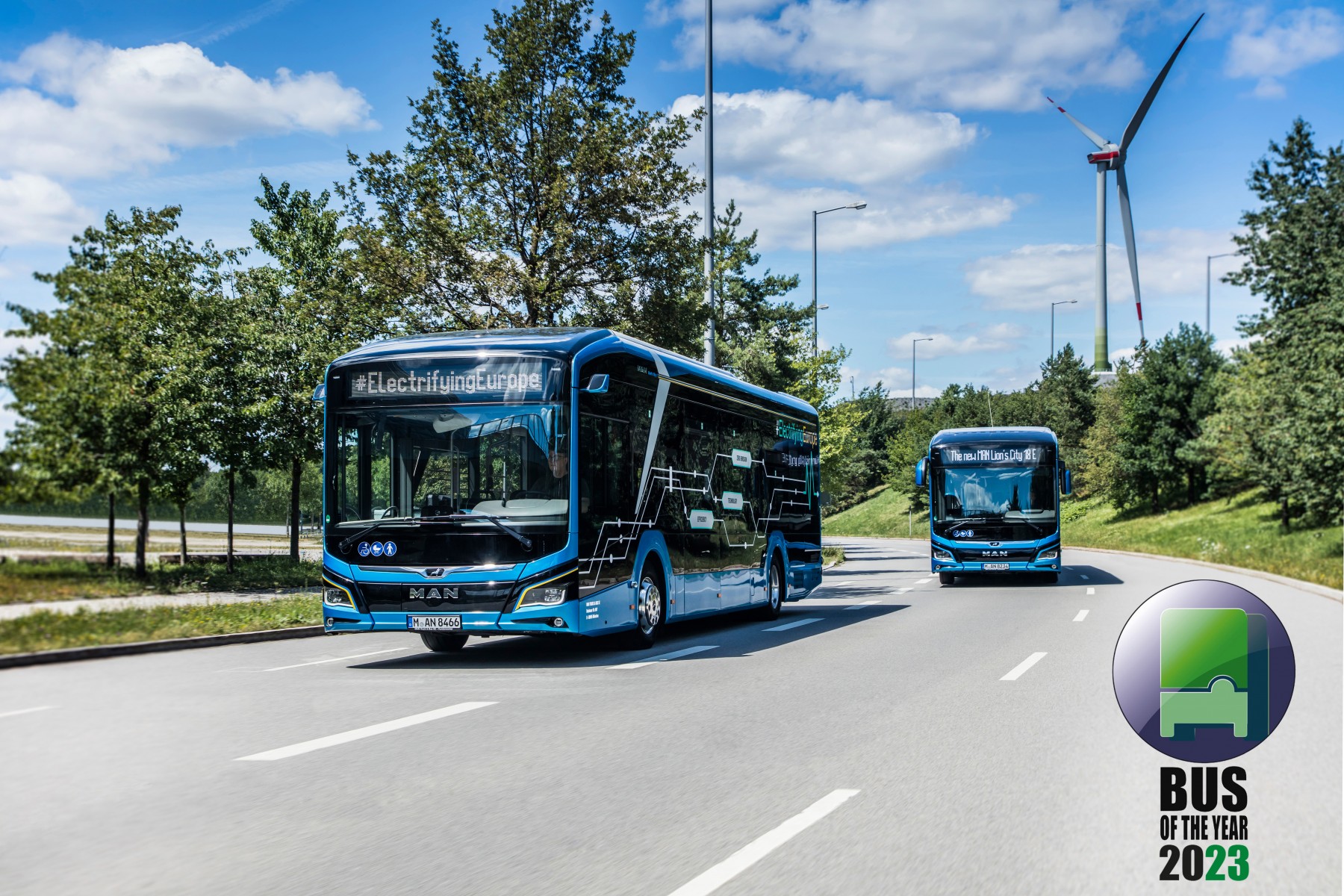