As tradition, Sabo Suspension System, turkish joint venture of Roberto Nuti Group, gifts an historical and cultural tour to all its employees every year. After visiting the Ataturk Museum in Ankara and after the trip to Dardanelles Strait, the tour of this year was dedicated to the visit of the Library of Celsus in Selcuk, where all employees could explore some of the most ancient roman buildings in Turkey.

The Library of Celsus is an ancient Roman building in Ephesus, Anatolia, now part of Selçuk, Turkey. The building was commissioned in the 110s A.D. by a consul, Gaius Julius Aquila, as a funerary monument for his father, former proconsul of Asia Tiberius Julius Celsus Polemaeanus, and completed during the reign of Hadrian, sometime after Aquila’s death.The library is considered an architectural marvel, and is one of the only remaining examples of a library from the Roman Empire. The Library of Celsus was the third-largest library in the Roman world behind only Alexandria and Pergamum, believed to have held around twelve thousand scrolls. Celsus is buried in a crypt beneath the library in a decorated marble sarcophagus. The interior measured roughly 180 square metres (2,000 square feet).

An important business goal shouldn’t just be achieving commercial purposes – explains Massimo Nuti, CEO fo Roberto Nuti Group -, but the key is also helping all employees to grow in a cultural and social way. Roberto Nuti group organizes and supports different social and cultural initiatives and activities (SABO Rosa, The Roberto Nuti scholarship,..), which are essential and very important to us in order to improve and to grow the social environment in which we live in”. 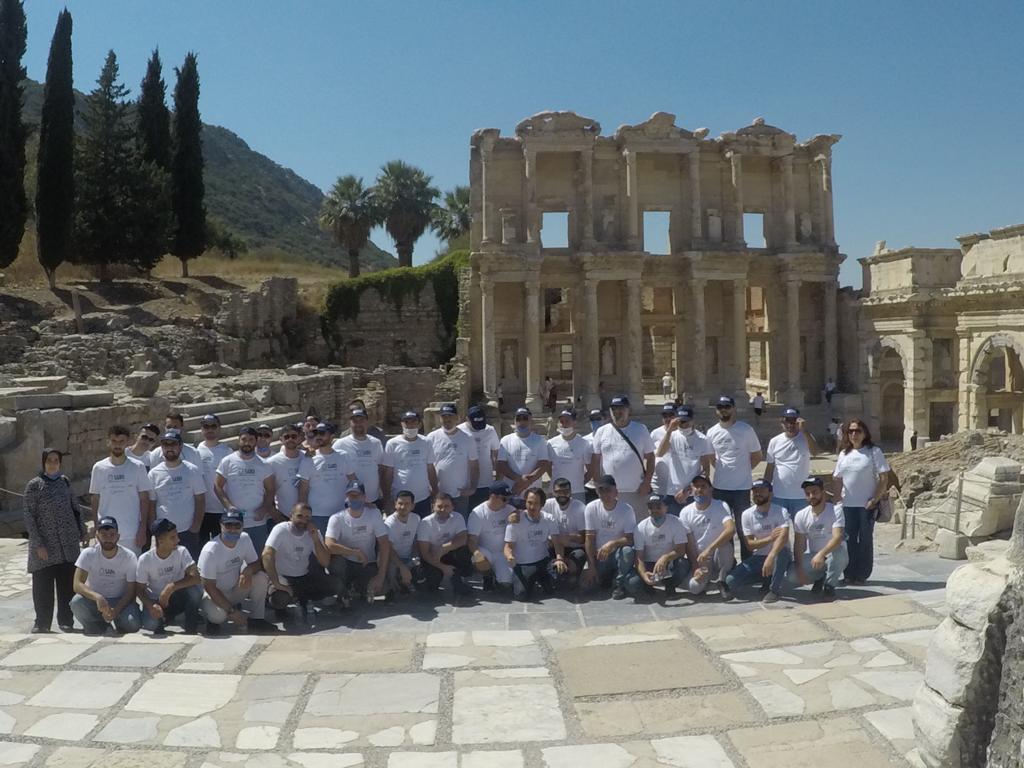