With an average fuel consumption of 24.92 litre/100 km and an average speed of 79.91 km/h on the same 350 km long test track, the difference between Scania and the next best competitor was a healthy 0.4 litre per every 100 km. Translated into a typical annual mileage for a long-distance truck of 150,000 kilometres, the difference adds up to 600 litres annually (or approximately 3 m3of diesel fuel over a period of five years).

Over the past three to four years, Scania has received praise in hundreds of press reviews. Scania has also set numerous new fuel records in many European countries in comparison tests carried out by indepen­dent trade journalists.

“The ‘Green truck Award’ is a unique comparison test since it has this total focus on what matters most to our customers from a cost and sustainability perspective,” says Wolfgang Buschan, Product Director, Long Haulage, Scania Trucks. “The fact that we won the award again this year is extremely flattering.”

The “Green Truck Award” is arranged by two leading German trade magazines, “VerkehrsRundschau” and “Trucker”. The participating trucks have a GTW of 40 tonnes and are driven under monitored conditions on public roads between Munich and Nürnberg. The fuel consumption and the average speed are strictly controlled and potential differences in weather and traffic conditions are eliminated. Low fuel consumption not only saves cost, it also corresponds with energy efficiency, reduced CO2emissions and increased sustainability. 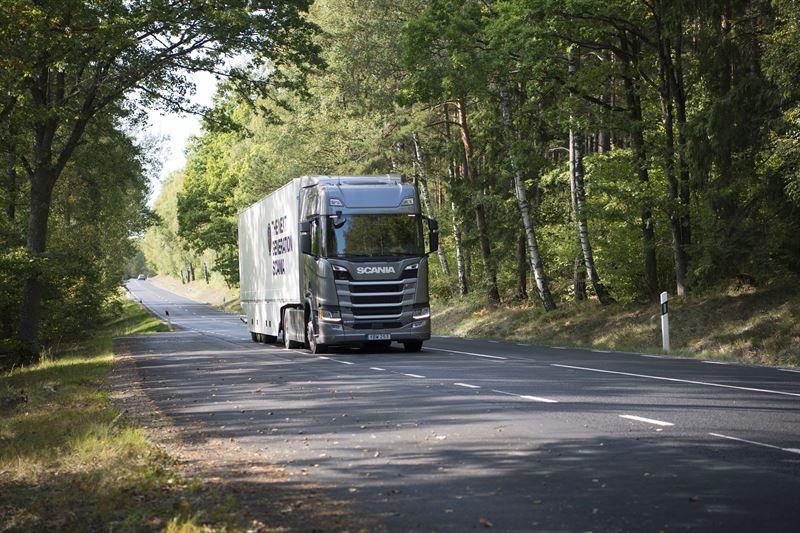