Volvo Trucks has joined forces with building materials company Lafarge to launch the AccelerateHer initiative with the aim of accelerating women-owned truck operations in South Africa.

AccelerateHer is a ground-breaking initiative aimed at increasing the number of female owner-drivers rendering a service to Lafarge operations in South Africa. Ten women from the coastal South African province of KwaZulu-Natal will be selected for the pilot phase of the project, with the intention to replicate and grow it in other areas of operation throughout the country. The successful applicants will receive intensive three-year training through the Commercial Transport Academy (CTA) as part of Volvo Trucks’ Iron Women heavy commercial driver training program. The training school is teaching the participants how to operate trucks safely, profitably, and efficiently; enabling them to ultimately receive their commercial driver qualification.

From Latin America to South Africa
The Iron Women training program started in Peru in 2016 by Marcus Hörberg, then the Managing Director of Volvo Trucks Peru and today the Vice President of Volvo Group Southern Africa. Great ideas transcend borders and the program was initiated in South Africa in 2019, aiming to improve road safety and drive prosperity by educating female truck drivers.

“Women are still severely underrepresented in the transport industry. As a big supporter of the difference women can make, I am very proud that the Volvo Trucks Iron Women project has been able to further develop thanks to the partnership with Lafarge. Now we support women both to become skilled truck drivers and to run their own businesses. I am convinced this initiative will have a lasting impact on many people’s lives,” says Marcus Hörberg, Vice President of Volvo Group Southern Africa.

In addition to the driving training, the participants will undergo intensive business acumen training to empower them as owner-drivers, with a focus on aspects like technology, finance, entrepreneurship, business and road transport management, as well as labour legislation and HR practices. Once qualified, the new female owner-drivers will be incorporated as active operators in the building company Lafarge’s operations in the KwaZulu-Natal province.

“We believe that these women-owned transport businesses have the potential to flourish and make a real change in the lives of the participants, their families and their communities. This project is another step towards economic inclusion; building accessible, and sustainable communities for the future,” said Noriko Solomon, General Manager Lafarge Aggregates.

Looking to the future, both Volvo Trucks and Lafarge are hoping to involve more stakeholders, including provincial and national government, in order to expand the reach and impact of the programme.

“We are excited about the new doors that will open for women in transport thanks to this joint initiative between Volvo Trucks and Lafarge South Africa,” said Marcus Hörberg, Vice President of Volvo Group Southern Africa.

The Volvo trucks operated by the ten selected candidates will be financed by Volvo Financial Services. 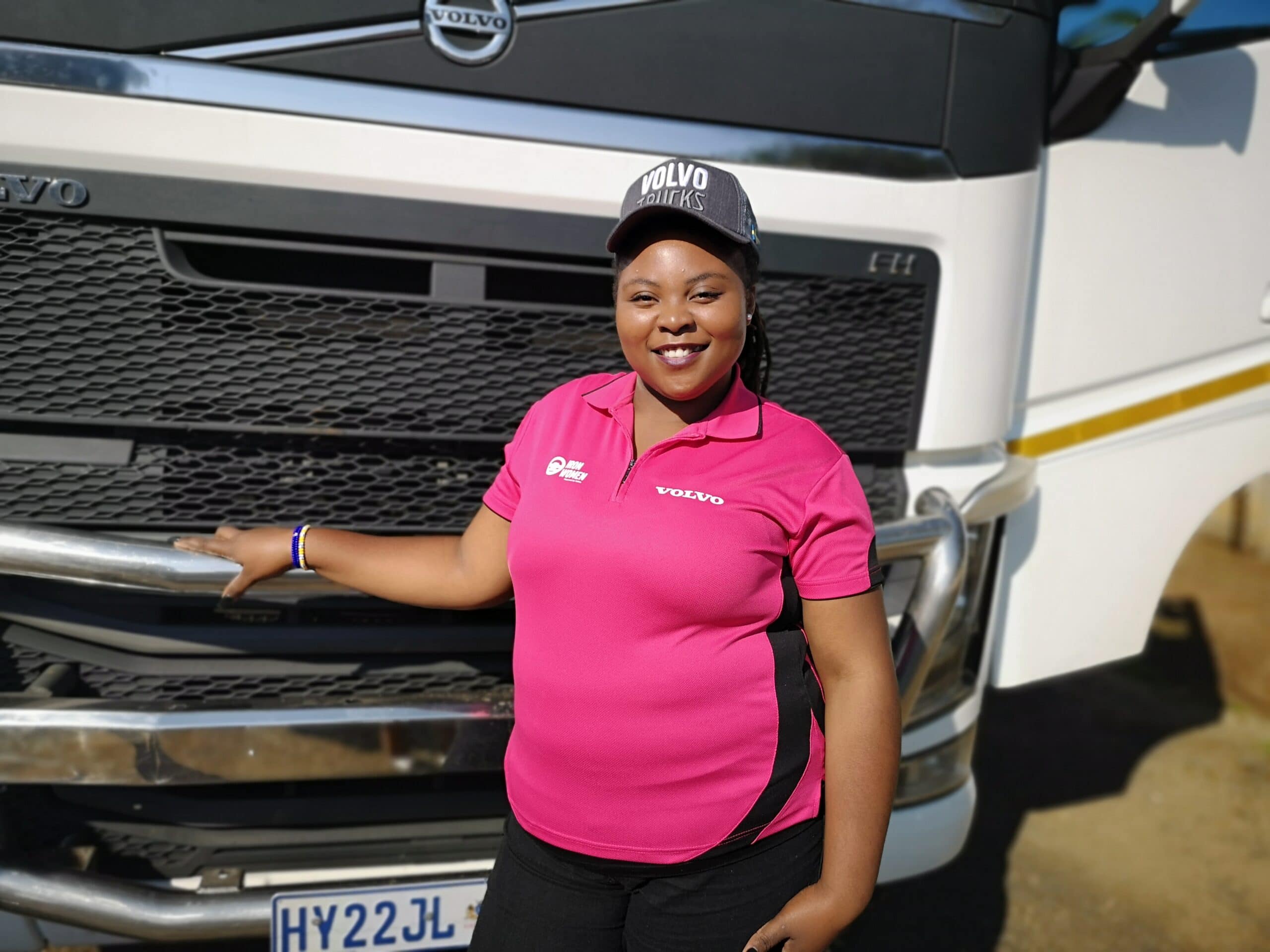